We agree with the historic creeds of the church as to who God is, but not with how Catholicism and Eastern Orthodoxy have deviated from the apostles through the years in a number of other areas. The Reformation did not "reinvent" or "restore" the church. God had promised to preserve His church (Matthew 16:18), and He had, but as with the church even in the days of the apostles, there was corruption. There is always a temptation to accommodate the truth of God's Word to our culture, and that manifested itself in the Middle Ages with innovations such as purgatory, transubstantiation, and indulgences. These and a host of other novelties stressed personal merit at the expense of the merit of Jesus Christ's sacrifice on the cross. As Paul had done with the churches he planted, the Reformers sought to reform the church of their day according to God's Word. The Reformers joined hands with earlier believers such as Augustine, Chrysostom, and Irenaeus in turning to the Bible to reform their faith and life. As their heirs, we accept the Bible as our only infallible rule of faith and practice.

From this foundation, we affirm that we are, by nature, rebels against God.  As Paul says in Romans 3:10-11: "There is none righteous, no not one: there is none that seeketh after God." People love to imagine a God who doesn't judge, but none of us naturally want to recognize a God who condemns our selfishness and sin. The Bible makes clear that, whether we recognize Him or not, this is Who God is. The seriousness of our sin and the love of God can both be seen in the crucifixion of Jesus. God is just and could not simply ignore our guilt, yet He loves us and refused to simply leave us to our punishment. God the Father pours out His wrath on His Son, Jesus, who has taken our place, and He is the one Who sent Jesus for this purpose. He is just and the justifier of those who surrender to Him.

This surrender includes abandoning any claim to worthiness. We believe we are delivered from the wrath of God only by His love to us, a love based on no merit of our own. In 1 Corinthians 1:27, Paul says that God has actually chosen the weak and foolish of the world, not those who are strong and wise. So it is because of His love, not our worthiness, that we are saved from God's wrath. Likewise, we believe this love is received by faith alone. This is not mere mental assent, but trust and surrender. It is effective not because of some inherent power of our faith, but the power of whom it is in, Jesus Christ.

Some people claim they can have faith without a change of conduct. We believe that faith is the gift of God (Ephesians 2:8); it is the work of the Holy Spirit in us (Galatians 3:2-5); and this same Holy Spirit sanctifies as well as justifies (Galatians 5:22-25). A "faith" that does not lead to some change of life is not the work of the Holy Spirit, and thus not a true faith. Therefore we are saved from the wrath of God by grace alone through faith alone in Jesus Christ alone - - not by good works, but to good works. Since all these things are God's gifts, all glory in redemption is His and His alone.

The faith recovered by the Reformers was understood by them to stand as a "three-legged stool," with the three legs being theology (outlined above), worship, and church government. To lose one of the legs means all will ultimately fall.

Some of the Reformers contented themselves with doing away with only the elements of worship expressly forbidden in the Bible, such as the adoration of statues and the worship of the Catholic wafer. Others sought to worship God completely on His terms. They understood the vital importance of worship and feared idolatry. Based on Israel's long struggle with idolatry portrayed in the Old Testament and the innovations they had seen in their own day, they did not trust themselves to invent ways of worshipping God. John Calvin called the human heart an "idol factory."      They once again turned to the Bible as their rule, as do we. We worship God with fixed elements of worship: the singing of psalms and hymns, prayer, the reading and exposition of God's Word, and the sacraments of baptism and the Lord's Supper. We do not recognize dance and/or drama as legitimate worship.  They can be good entertainment, but they are not meant for corporate worship.

Likewise, the allowed elements of worship are restricted in their content by Scripture. Worship is understood as foremost an offering to God, which only as a byproduct offers a positive experience to the worshipper. Depending on a person's need, that positive experience can be anything from tears of repentance to joy in thanksgiving. The hymns we sing mirror the psalms in their focus on God: His person and His acts. Like the psalms they sing to God as well as about Him. Preaching is systematic, working our way section by section through a book of the Bible - - explaining, proving, and applying God's Word.

We strongly encourage not only corporate worship, but family worship. The Reformers recovered the Biblical stress on the father as the spiritual head of his family. They saw that worship is not just for Sundays, but for every day of the week. They also realized that the most effective teaching of the faith was in the home, and that only this model could restore the fullness of what God intended for Christian marriages and the Christian home.

Though church government is often viewed as a matter of little significance, those who have spent much time in churches have generally found it is crucial. Hierarchical forms of government, whether the leaders be bishops or church bureaucrats, tend to sacrifice principle for pragmatism. Congregational forms of government offer no recourse outside the local congregation, so they turn disagreements into personal issues that easily split the church. They also can promote popularity at the expense of truth. Presbyterianism reflects biblical eldership: representative government and accountability.

The word Presbyterian simply comes from a transliteration of the Greek word for elder. Elders are elected from within the congregation who then serve as the ruling body of the church. There are teaching elders (pastors) and ruling elders; each has one vote. If someone has a complaint, it is to be taken to the local elders. If they do not yield satisfaction, the matter can be appealed to the presbytery, which consists of elders from churches within a geographic area. If the presbytery does not provide satisfaction, then the matter can be appealed to the general assembly, which consists of representative elders from all the churches in the denomination. We believe this is both Biblical and practical. Ideally, it avoids the problems inherent in hierarchical and congregational forms of government. 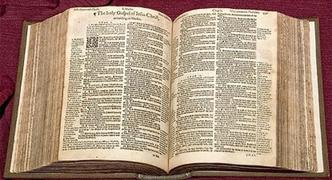 We are the heirs of the Protestant Reformation and its recovery of the faith of the apostles and the early church. To put it simply, we are biblical. We read the Bible. We preach the Bible. We sing the Bible (psalms and hymns). We pray the Bible. It is this Word of God that reveals Jesus Christ and Him crucified.

A Congregation of the Orthodox Presbyterian Church in Salt Lake City